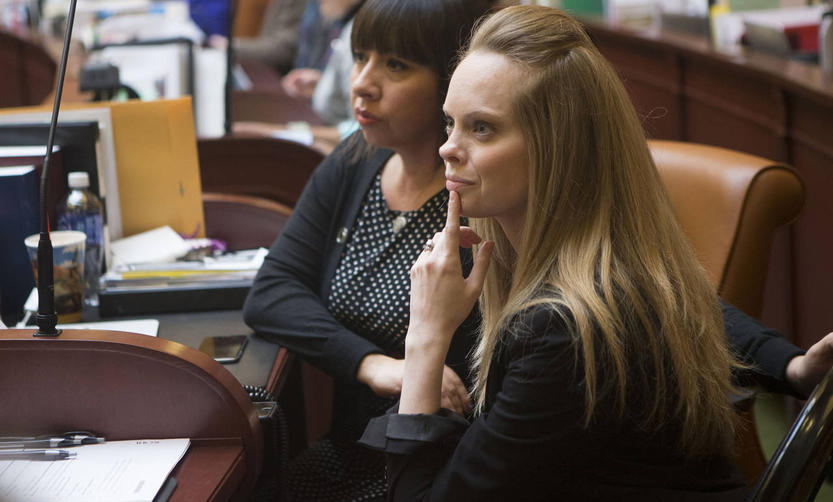 SALT LAKE CITY — The Utah Legislature passed a bill Wednesday that eliminates the statute of limitations for lawsuits against perpetrators of child sexual abuse.

Deondra Brown, co-founder of the nonprofit Foundation for Survivors of Abuse, watched from the Senate gallery as lawmakers engaged in a final debate before voting to pass HB277 and sending it to Gov. Gary Herbert for his signature.

“On behalf of victims across the state of Utah, we’re excited to know that we can kind of breathe, take our time in healing, and come forward and tackle that big legal case when and if we are every ready,” Brown said.

Brown has followed the progress of HB277 and testified in favor of the bill at committee meetings throughout the legislative process. Three Brown sisters, members of the 5 Browns piano quintet, were molested by their father, Keith Brown, as children. The sisters sought criminal charges in 2010 against their father, who had also been their professional manager.

Keith Brown was sentenced in March 2011 to 10 years to life for sodomy on a child, a first-degree felony, and one to 15 years each on two counts of sex abuse of a child, a second-degree felony. The crimes occurred when the girls were 13 years old or younger.

“Someone that victimizes a child should never be able to hide behind time — ever,” Ivory said.

The bill’s floor sponsor, Sen. Aaron Osmond, R-South Jordan, said 1 in 6 boys and 1 in 4 girls in Utah will suffer or have suffered from sexual abuse. He added that most children who are sexually abused don’t come to a realization or the ability to deal with the experience until after age 40.

The bill gives victims a four-year window from the time of discovery or remembrance of the child abuse experience to file civil action, Osmond said, allowing them to overcome emotional obstacles that often bar them from taking action.

As a result, perpetrators could be susceptible to lawsuits for crimes committed years ago, Ivory said.

Sen. Scott Jenkins, R-Plain City, argued against HB277, saying the statute of limitations was put in place for a reason and citing cases where individuals who realized repressed memories of child sexual abuse, but later discovered them to be wrong. He said he’s “not for abuse by any means,” but he’s concerned about what the bill would allow.

After the Senate’s vote, Deondra Brown said victims of child sexual abuse shouldn’t have a “door closed in their face” because of time limits, and they should be granted the option if or when they decide they want to file civil actions against perpetrators.

She said victims deal with medical bills and health issues for “the rest of their lives” and shouldn’t have to shoulder the burden of paying for it, which she said costs the average victim up to $1 million over the course of their lives.

Victims should be allowed to pursue a case that would hold the perpetrator accountable and relieve that financial burden, Deondra Brown said.

“They’re the ones that inflicted this upon us to begin with,” she said.

When asked if she would consider civil action against her father, Deondra Brown said she had talked about a civil case several years ago with her siblings, but they felt as though they “were able to get the case that (they) needed though the criminal side of things.”

“But honestly, I don’t know where I would be 10 years from now if that’s something I would still like to be able to explore,” she said. “I’d love to be able to have that option in the state of Utah.”