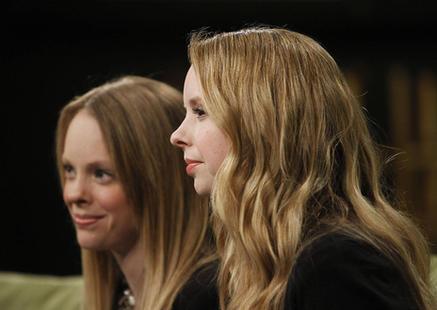 SALT LAKE CITY — Two members of the famed piano group The 5 Browns are working with Sen. Harry Reid, D-Nev., to promote a bill that would incentivize states to reconsider their statute of limitations laws with regard to sexual crimes.

Deondra Brown said she and sister Desirae have been in meetings with Reid as he prepares a draft of the bill and looks for a co-sponsor.

“(The bill) would help the states, (encourage) them to change their statute of limitations laws,”Deondra Brown said.

The sisters founded the Foundation for Survivors of Abuse after their father, Keith Brown, was sentenced to prison in 2011 for sexually abusing his daughters over a period of several years in the 1990s.

“We started receiving emails from victims all over the country saying that they were not allowed by their statute of limitations to prosecute when they were finally ready,” Deondra Brown said. “We realized what a big problem it is for victims (not) to be able to have that closure and that opportunity to prosecute and put these criminals away.”

The statute of limitations for sexual offenses, which varies by state, can be restrictive to victims who require time to heal and come forward, she said.

Deondra Brown also spoke about recent news that Joshua Duggar, the oldest child in the family famous for their “19 Kids and Counting” television show, allegedly molested multiple girls when he was a teenager.

“It hit a little bit close to home, honestly, with a very close family unit that was portrayed as the perfect family,” she said. “We could relate in similar ways.”

Deondra Brown also had a message of empowerment for Duggar’s alleged victims.

“I think it’s important for people to rally behind the girls as much as they can,” she said. “They’re powerful women, and I think they’re going to grow to realize that they don’t need to be ashamed for the things that happened to them, and that they have a wonderful life ahead of them and that they can accomplish all that they would hope to in their lives.”